Since its inception in the summer of 2013, Rouhani Meter has grown from a modest monitor of President Hassan Rouhani’s first 100 days in office to a full-fledged promise tracker and presidential performance monitor with more than 4.4 million pageviews in 2015. On the heels of this success, the team at ASL19 is pleased to announce an important upgrade to Rouhani Meter. The improvements are designed to assist Iranians hold President Rouhani and his administration accountable for the fulfillment of their promises ahead of the next presidential election in 2017.

Apart from a visual redesign of Rouhani Meter, the most significant change is an expansion in the amount of promises being monitored by our research team. The amount of monitored promises has increased to 74 (Fig. 1). The promises monitored include pre- and post-election commitments, as well as promises made by President Rouhani himself and his cabinet. The increased scrutiny of President Rouhani’s promises allows us to present a more holistic picture of the performance of the Rouhani administration to date. We monitor promises across four broad policy areas: domestic policy, economic policy, socio-cultural policy, and foreign policy. 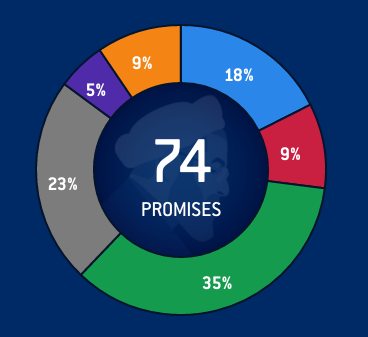 In order to enable visitors to better use the Rouhani Meter, we now offer greater customization when visiting the site. Visitors may click on the coloured completion tabs on the main page to be shown the list of promises that correspond with that stage of progress (Fig. 2). Scrolling down on the main page, visitors may also use two simple drop-down menus to reorganize the displayed promises according to their policy area and current status (Fig 3). For example, if a visitor is interested in the status of the government’s promises regarding economic policy, they may easily customize the site’s main page to display only promises that meet those criteria.

Moreover, Rouhani Meter features an expanded promise rating system that now covers Stalled and Compromised promises. This is in addition to Achieved, In Progress, Not Achieved, and Inactive promises. We developed the Stalled rating to cover commitments on which some progress has been made by the Rouhani administration, but that are not yet completed and have not seen sufficient ongoing work to warrant an In Progress rating.

Similarly, we added the Compromised rating out of the recognition that government’s efforts to make progress on some promises may be obstructed by institutional resistance or other circumstances. An example is President Rouhani’s promise to unblock social media networks like Facebook and Twitter. While they remain blocked, the government has proven adept at preventing blocks for other popular social media apps like Instagram, WhatsApp, and Telegram. Thus, the government’s work on this promise represents a compromise of its initial goals.

Finally, Rouhani Meter now offers expanded in-depth coverage of the government’s performance. In addition to the popular fact checking section, we now provide infographics, research pieces covering the implementation of the nuclear deal, province-specific reports, and performance evaluations like the Second Year Report. We have also added a media section that gathers mentions of Rouhani Meter in important media outlets, from the BBC to Foreign Policy to our fellow fact checkers at Politifact. These new features offer visitors an expanded and improved Rouhani Meter that is committed to providing important information regarding the performance of President Rouhani’s government ahead of the presidential election in 2017. 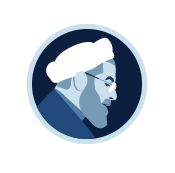